Although I wasn’t at Le Castellet for the FIA WEC’s “Prologue”, I did try to track the lap times – and thanks to the ever-helpful David Escribano at Al Kamel Systems, I do have a lot of data about what went on.

I must admit my primary concern was to follow the progress in the LMP1 class – and progress is certainly the operative word: some of the lap times, particularly from the Porsche 919 Hybrids, were quite astonishing. Of course Porsche set the fastest time at the Prologue last year as well, but Brendon Hartley’s time from last year was 4.069s slower than this year’s best time, set by Neel Jani – coincidentally in the equivalent session on the Friday evening. That’s an improvement of more than 4% - which would mean knocking around eight seconds off the lap time around Le Mans.

Surprising perhaps, but nothing new: John Surtees qualified his Ferrari eight seconds quicker in 1964 than Pedro Rodriguez’s pole position time (also in a Ferrari) the year before. And Phil Hill then went a further eight seconds quicker in his Ford Mark II twelve months later. More recently, Peugeot managed to find an eight second improvement between 2007 and 2008: Stéphane Sarrazin setting the lap times in both cases.

So, even if some eyebrows were raised, the improvement is not so staggering as it may appear at first sight; development in motor racing never stands still.

Don’t forget that Porsche is also now running in the 8MJ hybrid class – a 33% increase on the 6MJ that it ran last year. Similarly, Audi has stepped up to the 4MJ class from running with 2MJ in 2014 (according to some, less than it had in 2013). And the Joest Racing team must have also been pleased with a 3% improvement in their lap times compared to last year’s Prologue.

By contrast, Toyota has remained in the same 6MJ category as it ran last year, yet still was able to show a 2.407s improvement on last year’s best time.

However, I worry about reading too much into any of these lap times, because to the best of my knowledge, there was no control over the amount of fuel being used throughout the test. I have been told on good authority that there was no control during last year’s Prologue either, so at least we are comparing ‘like-with-like’.

Readers are probably aware that the regulations limit the fuel consumed by LMP1 cars in two ways: firstly an instantaneous kg/h rate, and secondly based on the MJ content of the fuel used during a lap. The 2MJ, 4MJ, 6MJ and 8MJ categories refer to the amount of energy that may be released from the hybrid systems per lap of Le Mans. For other circuits, the limit is a percentage, based on the circuit length, but multiplied by a factor of 1.55. This means that you can deploy more energy per kilometre (provided you can harvest that much) at other circuits.

Similarly, the amount of fuel allowed per lap is also limited, but with a multiplication factor for circuits other than Le Mans of 1.11. For Paul Ricard, this means that Porsche must be able to manage a minimum of 31 laps on a tank of fuel and that Toyota and Audi each must be able to do 30 laps.

Let’s look at the long stints then:

The average lap times shown are calculated as the ‘sanitised’ average: in other words, ignoring the out lap, the in lap and in the case of Nakajima and Fässler, laps under yellow flag conditions. Note also that both Lieb and Nakajima are one lap short of their minimum - but I include them as I believe these stints were intended to be race pace simulations.

If - and it is a big ‘if’ - the Porsches were over-using their fuel on their fast laps and if the times shown above are true reflections of race pace, then it is possible that the Audis might be quicker than the Porsches over a whole stint when we get into serious racing starting at Silverstone in two weeks’ time. But they would have one less lap per stint - at least at the shorter circuits like Paul Ricard and Silverstone. And according to my calculations, at Le Mans, the Audis will be stuck on 13 laps (as they were last year), whereas both Toyota and Porsche should be able to manage 14.

Then there’s the tyres. Never has so much energy been put through the tyres of LMP1 cars, so more frequent tyre changes must be likely. But part of Audi’s strategy in 2014, choosing the lower hybrid class, was to reduce tyre wear. Even though Audi has gone up a class, its cars are still likely to be less hard on their tyres than those from Toyota and Porsche. Not to mention Nissan. With less rubber in total on the road, tyre wear is surely going to be an issue for the front wheel drive car. As it will not make its debut until Le Mans, I think it can probably be discounted from this year’s 24 hour race. Next year, though - who knows?

So what conclusions to draw from The Prologue? How much do the lap times over 17 hours of testing tell us? Is there more speed to come before Silverstone? Or are some of the lap times flattering, only to deceive? And where does Toyota fit into all this - were they not pushing as hard at the test? If not, why not? Or has Toyota under-estimated the progress made by Audi and Porsche?

Many of these questions will be answered at Silverstone. Without doubt, speeds have increased. With the revised qualifying procedure, expect pole position to be a low 1m 39s. If the weather is good and there are no caution periods, 1200kms could be completed in six hours. We might also get an indication of whether the boardrooms of Stuttgart, Ingolstadt and Tokyo think that the World Endurance Championship is more important to win than Le Mans, or not!

As always, your thoughts, comments, criticisms are welcome below.
Posted by Paul Truswell at 20:45 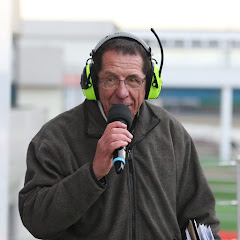